Armored Saintâ€™s new album Win Hands Down delivers an outstanding metal performance from a band currently playing at the top of their game.

After five long years, Armored Saint is back with their new album Win Hands Down. This is by far the best material the band has written. From start to finish, each song immediately hooks the listenerâ€™s ear and pulls them into explore the many facets within the music.

Screaming pick slides open up the album with the title track, â€œWin Hands Done.â€ The guitars are muscular and in-front of the mix. This is just fine as the playing by Jeff Duncan and Phil Sandoval is nuanced and exceptional.

The jazzy interlude at about the 2:40 mark on, â€œWin Hands Done,â€ showcases another great element of this album. The band explores dynamic changes to shift the mood and tone on each song. The album is definitely metal, but Armored Saint do quiet the job of breaking the molds and exploring boundaries.

Catchy may seem like a bad word to use when describing metal music, yet that is something Win Hands Down has in spades. â€œMessâ€ and â€œMuscle Memoryâ€ have catchy choruses that buried the music deep inside your brain. Those tunes also have superb chord progressions opening up each tune to create space for some majestic guitar solos. 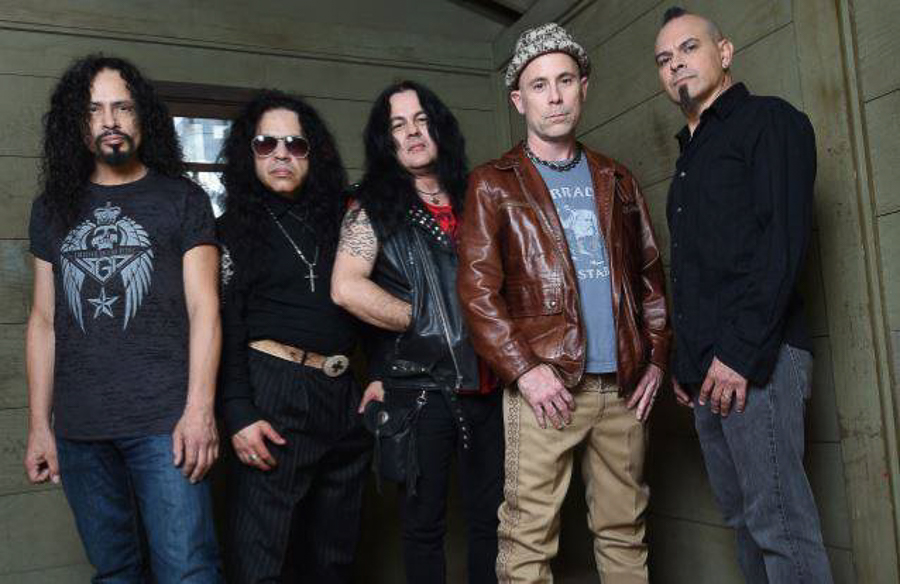 The bass work of Joey Vera and the granite crushing chops of Gonzo Sandoval on drum give lots of punch to, â€œWith A Head Full of Steam.â€ This song also finds John Bush sharing vocals duties with Pearl Aday who is the vocalist for the band Pearl. She also happens to be the wife of Scott Ian (Anthrax).

Speaking of John Bush, the man has one hell of a set of pipes on him. His vocal delivery is what makes Armored Saint stand above the fray. The gritty texture combined with the overall power of his vocals adds to the appeal of each song on this album.

The pace of the album changes on â€œDive.â€ The song showcases the songwriting ability of the band and had me thinking of Porcupine Tree in terms of mood. The guitar solo blazes while still capturing the melancholy within this tune.

Armored Saint finishes up this album with a big middle finger on â€œUp Yours.â€ Itâ€™s a bit of fuck you to the press and media who stalk celebrities. The song could apply to anyone that has their business where it doesnâ€™t belong.

Win Hands Down gives you a magnificent metal album with excellent songwriting from a band that can run so strong they can drop the reins and win hands down.