Hydraulic Entertainment has honored National Rock Review by allowing our readers to have the very first preview of the new album, Wanderer by Michale Graves.

I absolutely love when an artist takes a step out of their comfort zone and explores new genres of music creating something completely different from what you have come to expect from them. Michale Graves has done just that with Wanderer. This album is set to be unleashed onto the world on June 3rd, 2014.

Graves has spent several years perfecting his horror-punk sound that it is hard to imagine him playing anything else. After hearing his singer/songwriter, soon to be classic, album Supernatural, it is evident that anything is possible.

Approximately 18 months ago, Michale Graves and Mark Allen Stuart (Chairman and CEO of Hydraulic Entertainment) formed a partnership. Since partnering, they have released seven albums, three short films, and completed five tours. Not wanting to be typecast into any specific genre, they are continuously evolving Gravesâ€™s sound and may have just reached a pivotal moment in his career by recording his best album to date.

According to Stuart, when he and Graves were in the studio recording Vagabond, it became evident the sound being created was very different from the â€˜Monster Rockâ€™ voice that defines Gravesâ€™s origins as an artist. In the middle of the session, he and Graves agreed that Vagabond should be followed up with a companion project. While reviewing the final tracks of Vagabond the concept for Wanderer was born.

Stuart tells us that musically, Wanderer is much more than just a continuance of Vagabond. It is the evolution and development of a very unique sound, inspired by Vagabond but with a quality and sharpness all its own.

Websterâ€™s dictionary defines the word vagabond as: moving from place to place without a fixed home. As Stuart sees it, Michale Graves is the original vagabond. Stuart states, â€œAnd as is true to the definition Michale, the wanderer, is a traveling showman who has toured the world performing on 6 continents along the way. He has made many of these trips in solitude and while traveling, always becoming a student of the part of the world he was in and learning from and being enriched by the fans of each particular region he was playing.â€

Wanderer was recorded at Soundmine Studios in East Stroudsburg, Pennsylvania. Michale Graves wrote all the lyrics and music and provides vocals, guitars, and harmonica. His conspirators are Johnny B. Morbid on bass guitar, and Tony Baptist on drums. The album was engineered by Daniel Malsh (who has worked with Framing Hanley, Doro, Tantric, and Motionless In White, to name a few) with Graves and Stuart producing.

Wanderer is a beautiful album. When listening to the horro-punk sound that Graves has perfected, one does not usually think of beautiful as a way to describe his music. But, there is such a wonderfully uplifting feeling to this album that the only way I can think of to describe it is, well, beautiful.

The album opens up with Repent, which has an Angels & Airwaves feel to it. It is a very happy, upbeat, mature sounding song, which also sets the pace for the rest of the album.

Wanderer starts with a great harmonica intro similar to something you might hear Chuck Ragan play. Although recorded with a full band, this song has a singer/songwriter feel to it, especially with the vocal delivery. I could easily see this song being reworked into a country song for someone like Aaron Lewis to sing.

Until They Turn The Lights Back On has an Alkaline Trio sound to it especially with the solid tone in his voice while he holds out the notes as he sings.

The Mystery Of The North has an alt-country sound reminiscent of R.E.M. during their Murmur era mixed with some modern sounding Son Volt.

Never A Day starts out with a Bruce Hornsby/U2 feel in the very first few moments of the song but quickly switches to a 30 Seconds To Mars sounding song with its empowered feel-good vibe.

New Song, by far, is my favorite song off the album and just might be the greatest accomplishment of Gravesâ€™s recording career! It starts out with a wonderful guitar intro that carries this laid back mellow vibe with it which continually builds up to the point in the chorus where it has this big arena sound to it but still retains its mellow vibe. Graves showed us that he is a master at playing the piano on his last album, Supernatural. I easily see this song fitting well to a piano accompaniment and hope that maybe Graves will make that so by reworking it in the future. I absolutely LOVE this song!

Jacobâ€™s Ladder starts out with a bad ass drum beat reminiscent of Do You Love Me? by KISS. This song has some of the most interesting guitar playing on it. Graves truly shines with this one on the guitar.

Sheâ€™s The Owl is probably the closest song resembling Gravesâ€™s earlier recordings. It has that â€˜hauntingâ€™ feel to it which his legion of fans love so well. The one thing that sets this song apart from the others is the unique style of drumming. Tony Baptist drums his sticks on what sounds like a table top at the beginning of the song and again while closing out the song. It makes for a wonderful change of pace from the usual drumming style.

While Graves sings with a mature tone throughout the album, he shows a little more aggressive vocal delivery on Life Without Soul which shows him busting out into his three-octave vocal range.

Remedy has a bluesy rock feeling to it reminding me of the Black Crowes mixed with a bit of Led Zeppelin.

Man Versus Train closes out the album with a rockabilly flare to it and a vocal delivery style similar to that of Johnny Cash.

Graves and Stuart have released a DVD companion to the album, also titled Wanderer. It was written, directed and produced by Stuart. This DVD quickly sold-out during its initial pre-order. Based around the title track, this short film also features Natalie Marie Stuart, Steve LoGrasso, Michele Wurglics, Tim Phelen, Alana Andersen, and Damon Baldecchi. According to Hydraulic Entertainment, The story chronicles traveling entertainer Michale, on the road again â€“ having to deal with the loneness and emptiness of touring. As he enters the next town he decides to take a walk and see the city. What he finds during that walk will change his life foreverâ€¦

Graves tells us, â€œAs I reflect on the diversity of the song mix, the use of 3 part harmony, the strength of spirit and soul as projected in the songs, I now understand that this music would never have been possible without each and every step that I have taken in this wandering journey.â€ 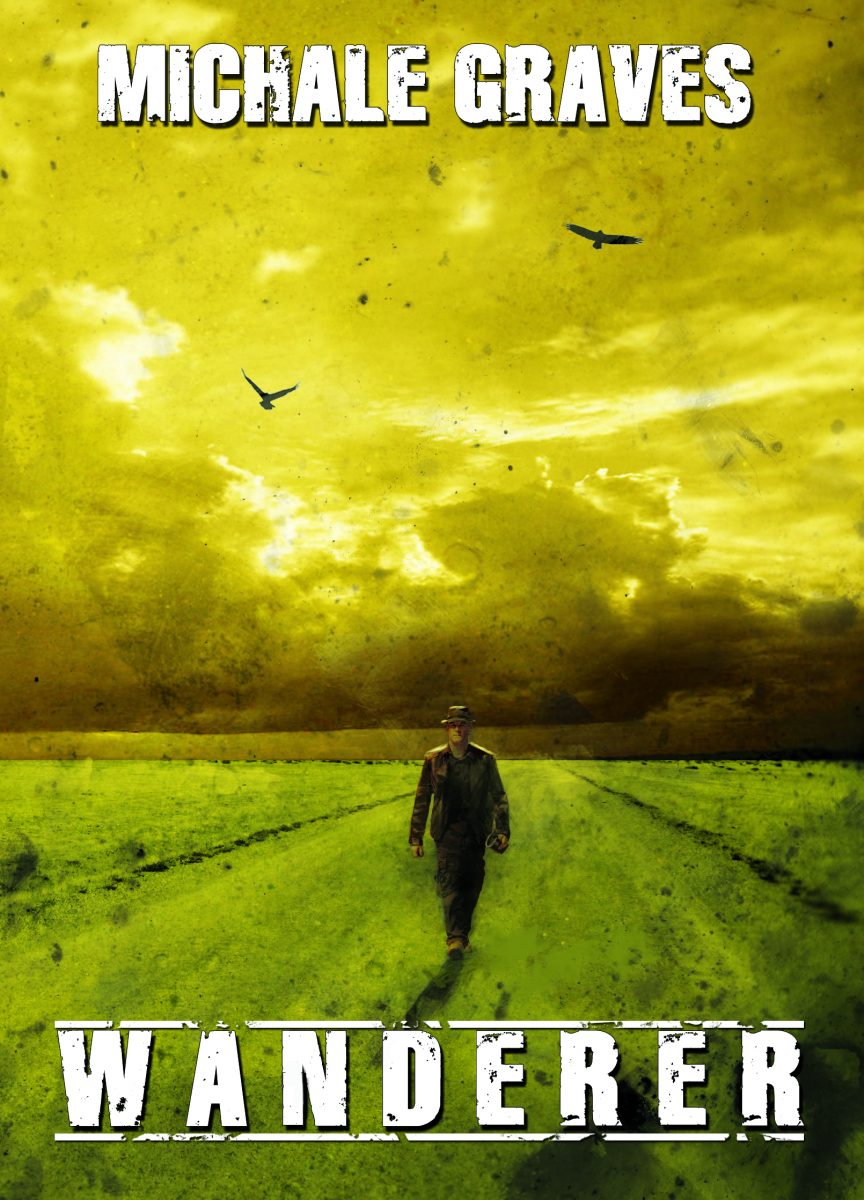 I’ve had the opportunity to see Graves play live with the Misfits and as a solo artist. Although I am thankful to the Misfits for introducing me to him, its his solo show where Graves truly shines as an artist. The diversification on Wanderer is a welcomed change. I am excited over the thought of Graves taking this conceptual album on the road so I can see him tell his story in a live setting.

Vagabond has become the largest selling album of Gravesâ€™s solo career although I see sales of Wanderer far surpassing it several times over!