While duos are rare in music, God Damn is starting to make it look easy. Get ready for British grunge to hit stores in May.

Founded in June 2010, Thom Edward (guitar/vocals) and Ash Weaver (drums) make up God Damn, a Wolverhampton band which is a rarity in music these days. Originally starting out as a three-piece, due to unfortunate circumstances, the former third member, Dave Copson, left the band and never returned. The guys are coming out with their first LP album on the One Little Indian label May 19, 2015 entitled, Vultures.

â€œWeâ€™re a noisy band â€“ weâ€™re probably the loudest band in Britain right now. But you canâ€™t have heaviness without the lighter touch. Dynamics are important.â€ – Thom Edward 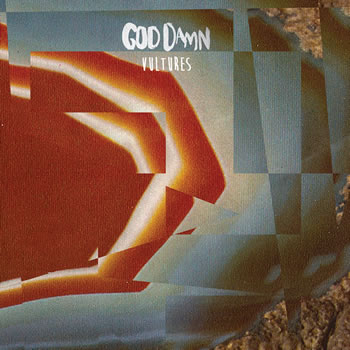 For those that grew up when the Seattle scene was the Mecca of the music world with the likes of Nirvana and Alice in Chains, just go out and buy this release when it hits store shelves. There are so many of the titans of the grunge movement in the sound of God Damn that makes you realize that, by blending them together, the guys areÂ able to create a sound that is unique whileÂ preserving the grunge spirit.

With 13 tracks, the album is a wonderful length to get a great feel for what Thom and Ash are doing musically. As their website puts it, “Vultures presents a universe of sound, from the low-end melodic boom of sneering anthem ‘Silver Spooned’ through the sub-dark psychedelic breakdown of ‘We Donâ€™t Like You’ to the unexpected lo-fi strummed opening of the throbbing and utterly tumescent nine-minute sludge epic ‘Skeletons.’ As debuts go God Damn have nailed their colors to the flagpole and torched the fucker.”

For all of the band’s upcoming shows, please check the schedule below. If you happen to see them, as always, please let us know what you thought of them.