Life is about growing up, dealing with the changes that happen, and moving on. All three of these elements can be found with A Skylit Drive.

Lodi, CA, rockers and Warped Tour veterans, A Skylit Drive, are ending the year looking and feeling different since the start of 2014. The one time five piece, lost Brian White and Cory La Quay as they departed from the band in October. The remaining members, Michael “Jag” Jagmin (Vocals), Nick Miller (Guitar), and Kyle Simmons (Bass/Keyboards), have handled it in a mature and artistically sophisticated manner. They took the 2013 release, Rise, and did what many of their peers might be afraid to do. They turned it into a completely acoustic album. 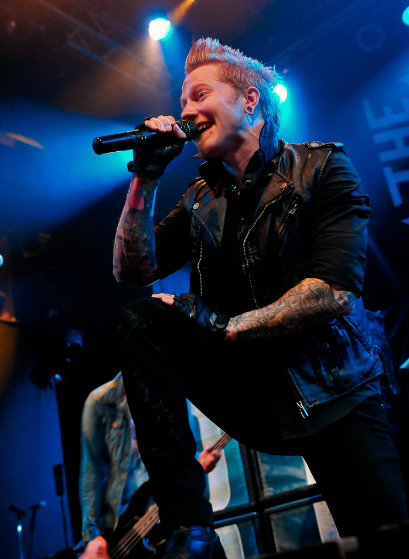 Rise: Ascension is the product of testing the dynamics of their songs by way of releasing several videos, featuring Jagmin and Miller, performing the tracks acoustically. By all reports, the response from the fans was positive and the demand to hear more was certainly there. A Skylit Drive didn’t just do this album to possibly fulfill the current record deal. The new three piece group re-worked the pieces into standalone compositions featuring piano, cello, bass, and other assorted instruments. They also enlisted producer Jim Wirt (Incubus, Something Corporate) who worked with the band on Rise at Crushtone Studios in Cleveland, Ohio.

The newly reworked album is scheduled to drop on Jan 6, 2015 with Tragic Hero Records. The band stated their fifth studio album, will be released this coming summer.

The modifiedÂ acoustic album is very smooth. The musical arrangements accompanying the scores are clean and easy to hear the complexities of the songs. Sometimes it can be easy to forget the level of ability the people playing on stage may have. The shared duties of Miller and Simmons is impressive and Jagmin’s guitar playing isÂ inspiring.

The vocals are also clear and showcases Jags voice, which possesses a wide range, spanning over three octaves. The issues dealt with in the lyrics are the same, but the feel and acoustic sound of the new album leaves one with the impression, nothing remains the same forever. Coupling the vocal work with the instrumentals, this LP may give a good amount of competition for Album of the Year and it will only be the first week of January 2015.

Two upcoming scheduled shows for A Skylit Drive are Mar 20-21, 2015 at Never Say Never Fest 2015 at Las Palmas Race Park in Mission, TX and Apr 04, 2015 with Red Jumpsuit Apparatus at Park Street Saloon in Columbus, OH. Other work such as 2009’s AdelphiaÂ and 2011’s Identity On Fire are by A Skylit Drive.