With the throttle wide open and the gas pedal to the floor, Lullwater rips it into overdrive on their solid heavy-hitting powerhouse of an album, Revival.

Itâ€™s been two years since Lullwater released their self-titled album. To record it, the band uprooted themselves and embarked on a journey to Seattle where they recorded it at the iconic London Bridge Studios. This was the same studio that produced classic albums from Pearl Jam, Alice In Chains and Candlebox, as well as many others.

For Revival, the band embarked on a similar journey, only this time they traveled to Sonic Ranch Studios in Tornillo, Texas, which is located in a secluded country setting surrounded by a 1,700-acre pecan orchard. Locking themselves away in a studio in the middle of nowhere allowed them to get down to business and concentrate on one thing, recording the songs. 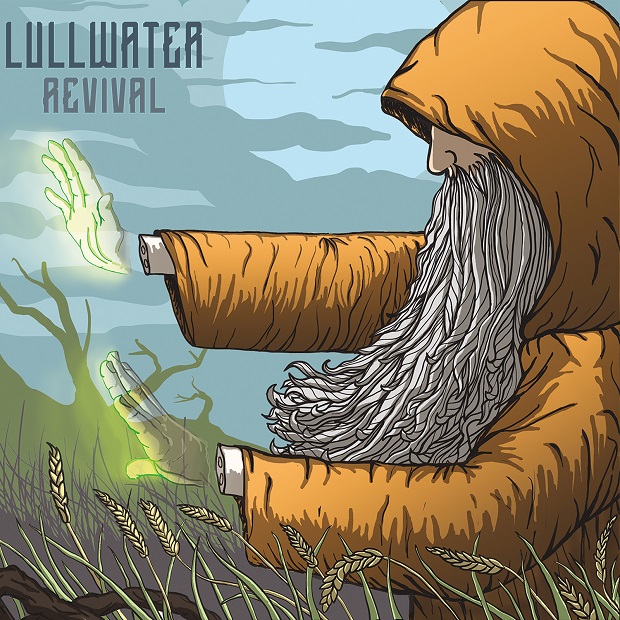 Like Seattle, they laid these tunes down on analog tape giving them a more honest, raw and natural sound. Getting back to the roots of production allowed Lullwater to pull off a modern day recording with an old school feel, capturing the very essence of the band. This perfectly imperfect recording shows every nuance of the band. They have created a solid rock album with a full vintage guitar sound, soulful vocals, and intricate, warm rhythms while layered behind a batch of well-written meaningful lyrics.

Their self-titled album was a great introduction to the band. It was their way of saying â€œHello, here I amâ€ where Revival is their way of telling us that they are here to stay. Man, am I glad because this album is living proof that there are bands out there interested in playing REAL rock nâ€™ roll. None of that cookie cutter studio produced pop rock crap that contaminates the airwaves, but honest to goodness down-to-earth rock nâ€™ roll.

I really dig the old-school feel to the album, starting with â€œEvenline.â€ This tune has kind of a groovy stoner rock feel to it. The mix is really good although the guitars might be a little bit squashed on the high end. Either way, this is a great beginning to an album that grabs you by the balls and doesnâ€™t let go until the very end!

Damn, what a groove. The rhythm in â€œHoly Waterâ€ is what makes this song, just bumping and grinding. It has fantastic energy without giving in to the obvious tricks of speed and over complexity. There is a cool down-to-earth bridge with a nice â€˜whinyâ€™ solo that gives way to a droning vocal melody; easy and space-y.

â€œLet Me Outâ€ sounds like a remake of an old-school soc-hop tune, boppin’ and rockinâ€™ but with a sludgier mix and more aggressive vocals. Lullwater really nails the old-fashioned-but-new feeling, and this song is a nice demonstration of that. I loved how the guitar made quick power chord strum hits on the offbeat and that half tempo bridge was just incredible.

On â€œA Forgotten Name,â€ the marching band intro felt formulaic until the little paradiddle tom roll at the end of the first measure of it, and then the song just explodes. As the guitar intro kicks in, it has a sound reminiscent of Iron Maiden with a darker feel to it. Kind of like a Marilyn Manson â€œSweet Dreams (Are Made Of This)â€ feel to the verses.

On â€œRevival,â€ the guitars sounded a little muffled in the mix. Otherwise, itâ€™s a great sounding song with a mellow vibe to it. It thumps along, building and building, keeping the listener on the edge of his seat until just after three minutes into it when the singer lets loose screaming his lungs out while the guitarist kicks it into overdrive.

I like the pattern changes on â€œBroken Wings,â€ which go from formulaic rock to more driving near the end. And, the measure top crash accents at the end of the bridge are a nice added touch. The solo seemed slightly long however the meandering solo certainly keeps with the stoner-rock vibe and one canâ€™t help but nod their head along to it in enjoyment.

â€œLiars & Thievesâ€ has a pretty groovy up-tempo to it. The little plinking guitar behind the verse vocals was especially interesting. The chorus had a somewhat generic feel to it but the guitar fall at the halfway point made it interesting.

â€œBurning Both Endsâ€ also had an Iron Maiden feel to itâ€™s intro, with lots of guitar noodling and the accent kicks, but when the song kicks in full, itâ€™s pure sludge, and I LOVE it, especially that short hanging snare before the verses come in. The bass guitar is very melodic and really stands out as it cruises up and around the guitars.

â€œAmerican Gluttonâ€ feels like a pop rock song mixed more like a sludge rock song. If you cleaned up the guitar fuzz a little and put a female vocalist up front, you’d have a new Avril Lavigne song. This is not meant to be an insult in any way. It just shows one that these guys are such great songwriters they have written a perfect pop song without even knowing it! It is fun and enjoyable to listen to although one might think of it as slightly out of place compared to the other dark and dirty sounding songs.

â€œVendetta Blackâ€ has a Pearl Jam feel to it. The chorus chord progression has a very uplifting feel to it and when it drops back to the verse riff, it leaves a smile on your face. This is a very enjoyable tune and the vocalist hits the highs fairly impressively during those choruses. The guitar riff on the outro was absolutely amazing. The song ends with a scream from the singer. I was hoping the chorus would come back after a second of silence just so it could go back into that outro guitar riff one more time.

The riff on â€œAliveâ€ is THICK and I love it, especially with the fifth harmony single string guitar playing along with it. That tempo change was a shock, but after hearing it, it felt right. Good call on that. One canâ€™t help but headbang when the verse gives way to the intro melody again, just awesome. The bridge had the best of everything on this record, soaring vocals, more guitar super melodies and a killer drum mix and rhythm making this easily one of the best tracks on the record. Plus, youâ€™ll find yourself humming that intro riff over and over all day long.

The album ends with â€œRuin The Rosesâ€ which almost sounds like an obligatory slow tempo album closer, but not in the way you might think. This is like quarter tempo sludge played by Led Zeppelin. It can be hard to make a super slow tune groovy, but these guys pull it off, giving this a fitting close to an impressive solid heavy-hitting powerhouse of an album.

Spending the past couple of years touring have really helped Lullwater solidify a heavier sound. Theyâ€™ve taken southern influenced modern day hard rock, mixed it up with some 90s grunge and added a bit of aggressive sounding hard-edged stoner rock. They do this in a way that gives them their own raw, distinct rock nâ€™ roll sound.

Few deliver anything but watered down versions of those who influenced them from the past. Lullwater is the exception as they have crafted something with passion, drive, determination and honesty. They pay homage to the grunge era of the 90s but do it in a way that makes it their own. By adding a little of their Southern upbringing, they are putting their stamp on a tried and true music.

If you like the classic sounds of the Foo Fighters, Pearl Jam, and Soundgarden mixed with the modern day sounds of Seether, Royal Bliss and Crobot while adding a touch of the live concert stage side of Jimmy Page’s energetic raw 70s jams then do yourself a favor and check out this album now. It will NOT disappoint! 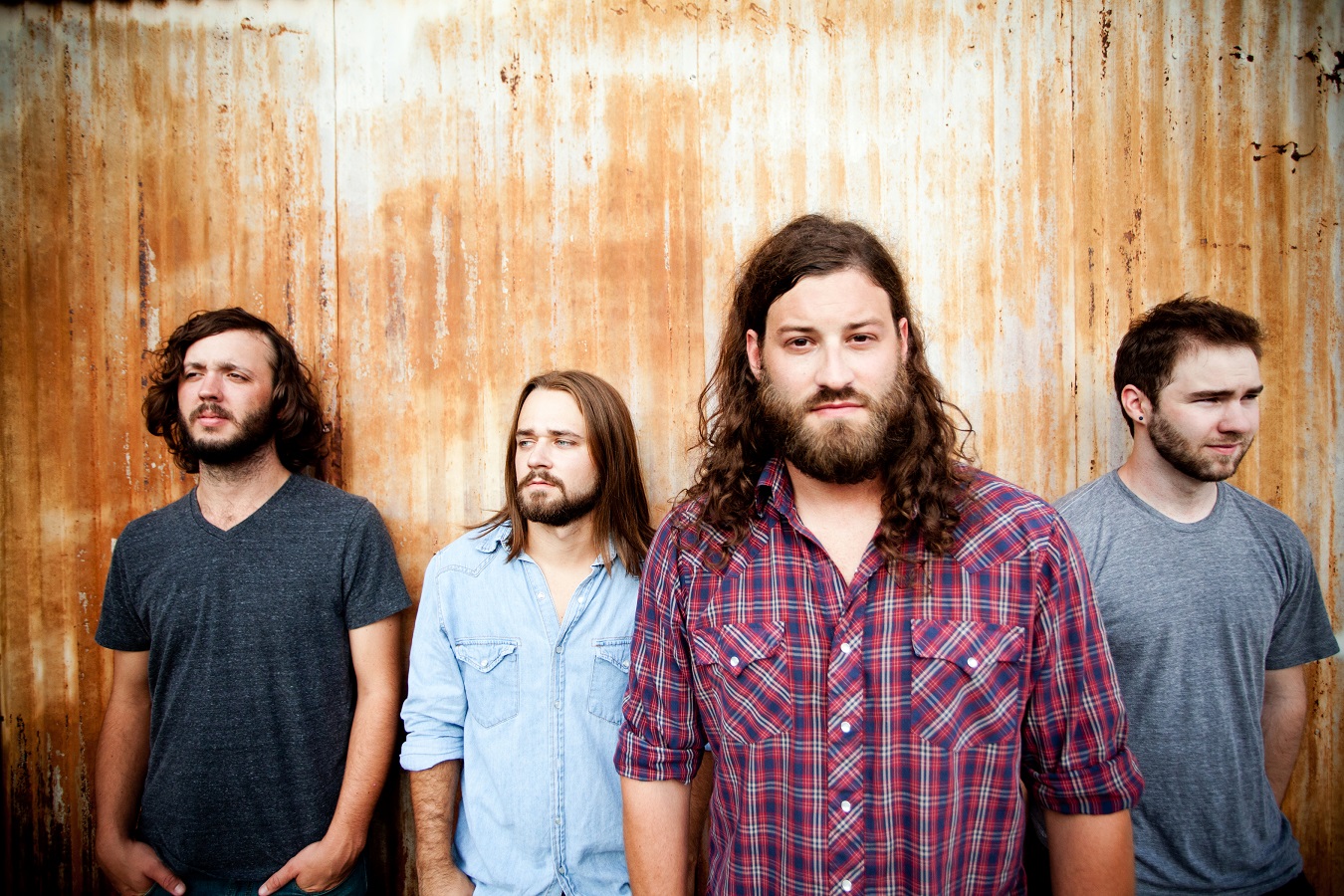