Close your eyes and hit play. Don’t guess who the group is. You’d most likely be pleasantly surprised… and wrong. We have Pills for that however.

The correct answer for the non-hardcore fan is Pound of Flesh. And the Pills would be the new six-song album that just recently dropped on WuLi Records. Â This fairly stable line up of Chicagoans features Darrell James (vocals and programming), Steven McIntosh (keyboards), Alan Stehman (guitars), Jack Curylo (bass), and Jarek “Jerry” Lukomski (drums). Pound of Flesh is an alt-electronic hard rock group formed back in the 1990s and has regrouped within the last few years and started making waves on the local scene.

The first album from Pound of Flesh, or POF, was back in 2000 for the Red & Black release. With some modest success, James was offered a spot with Ministry as their keyboardist in 2003. He also played with Revolving Cocks in the time after Ministry. In 2008, he and Steven began to resurrect the band and started writing new material. After gaining the rest of the current roster, the guys released the CD Pill cementing the newest chapter for the band.

“The tracks on Pills have a broad range of influences with a lot of driving beats and dance aspects that allow us to bring energy to the tracks in our own way without losing the melodic elements.” ~ Darrell James 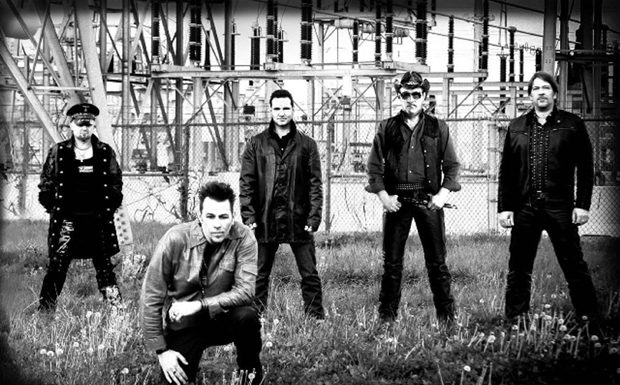 The album was mastered by Doug McBride at Gravity Studios in Chicago andÂ was recorded at Paragon and Drakeraven studios. The entire albumÂ has a very smooth over all sound. There will be quite a few whom would have guessed this was a new Nine Inch Nails album. And while the sound might be in the same spirit, the differences are there once you get through the initial listen. They have a Stabbing Westward feel with a bit of a Hollywood Undead thrown in for good measure. The industrial music parenthood is certainly present,Â but the songs are fresh and worthy of not being summarily pigeonholed.

“…the difference between what was originally written and performed by me [is] the energy, depth, and drive of the band.” ~ Darrell James

“Everybody” is the first cut off of the album and starts off with the attitude POF is known for. The sampling is a great addition to the song without over powering the band’s vocals or instrumentals. It will go far as the new anthem for Monday mornings and other bad days. “One-Time Offer” is by far the strongest song on this release. The last track is “Live Fast” and gives a peak into the mindset of the guys. All the songs are well written, although there needed to be a few more to satisfy the new fans this offering is sure to attract. 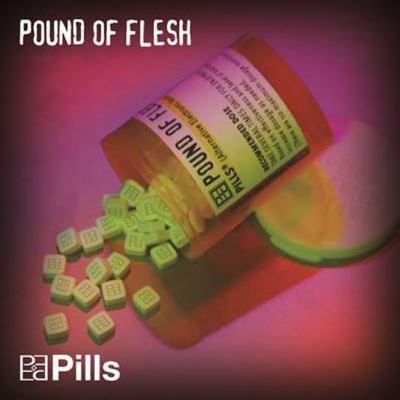 There was mention of a video having been shot for one or more songs for single, but we will have to wait and see, as they are not currently out. You can check POF out on Reverbnation for a sample of their music. Their next scheduled appearance is at the Copernicus Center in Chicago on Jan 11, 2015.