With Temple of Rock’s latest album Spirit on a Mission under their belt, it seems as though they are starting to stand on their own merit.

Temple of Rock led by the legendary Michael Schenker has been touring the world extensively over the last few years in support of both Bridge The Gap and Spirit on a Mission, which followed each other in quick succession. The band’s globetrotting endeavors have resulted in their latest DVD On A Mission Live in Madrid, which catches up with the Temple of Rock in the Spanish capital at the end of last year. 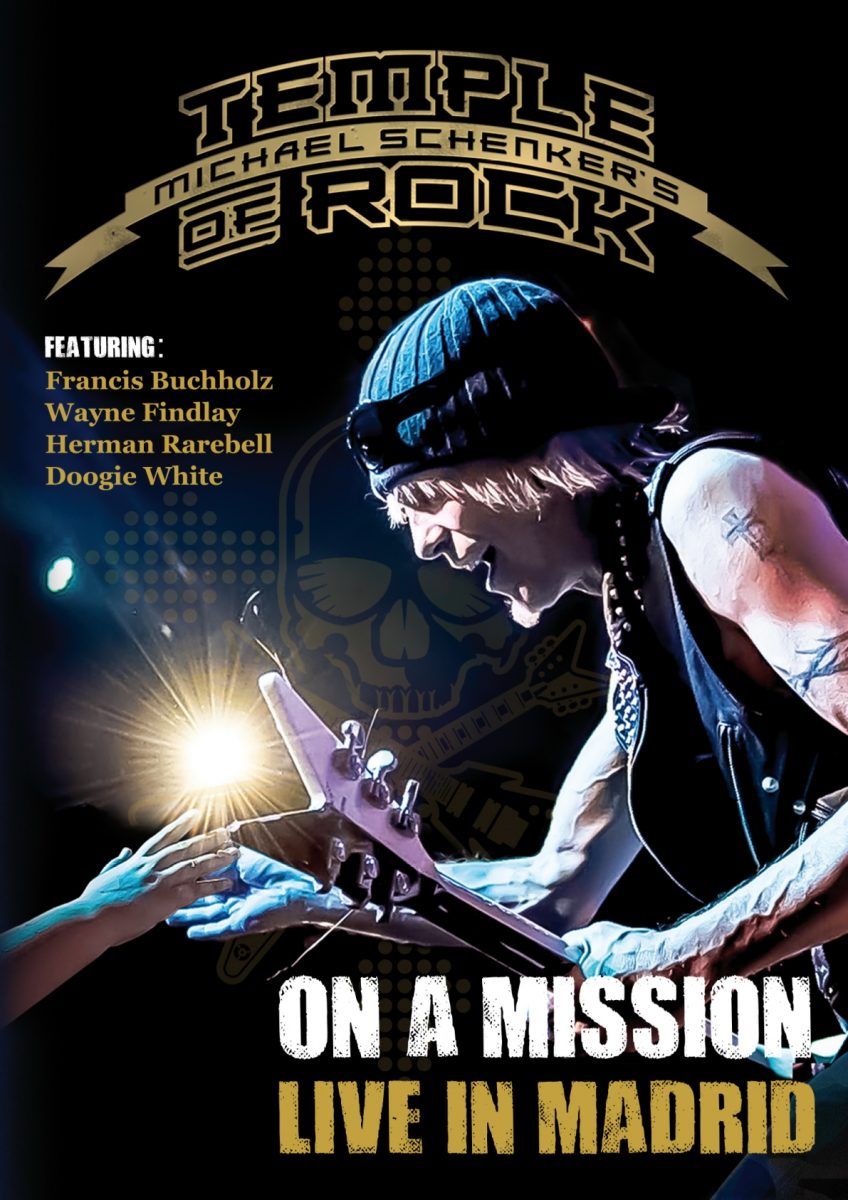 The DVD features over two hours of live footage captured in beautiful hi-definition 4K video on location in Madrid. The caliber of the production gives the DVD an immersive quality which transports the viewer to the heart of the action. If you’ve had the opportunity to see Temple of Rock recently, then this concert film will inevitably bring back fond memories.

The show itself features all of the Schenker classics which we’ve come to know and love, starting off with the UFO classic “Doctor Doctor” quickly followed by “Love Drive” by The Scorpions and “Victim of Illusion” by MSG.

Having watched the DVD it’s easy to understand why Madrid was chosen for the setting, the audience gives the band a hero’s welcome, with chants of “Ole, Ole, Ole” reverberating around the room. For a moment, it sounds more like Real Madrid’s Bernabeu football stadium as oppose to a concert theatre.

“Rock Bottom” sees Schenker deliver a display of guitar mastery with an epic solo, before the ex-Scorpions rhythm section of drummer Herman Rarebell and bassist Francis Buchholz, take the limelight for a crowd-pleasing rendition of “Rock You Like a Hurricane.”

This concert film sees Michael Schenker and the Temple of Rock at the top of their game and having a lot of fun in the process. It is a perfect snapshot of this point in the career of one of Rock’s guitar greats.