The singer and artist whose previous work includes The Poodles, Dr Alban, and E-type sets eyes on being the new Queen of Nordic Rock with her latest release.

Swedenâ€™s own Martina Edoff plans to release her second album, titled Unity, on October 16 via Into Records. This is the follow-up to here 2014 self-titled freshman album.

Edoff manages the whole process of writing, arranging, and recording. She co-wrote the material with Jona Tee, the keyboard and piano player of the Swedish hard rock group H.E.A.T. Other members of the band on this album are Eric Rivers (guitar), Jimmy (J-Bass), and Crash (drums).

Unity was recorded Bohus Studios at Sweden where ABBA and Status Quo have recorded their albums. Tobias Lindell, who has worked with other bands such as Europe and Hardcore Superstar, produced this release.

The album is a collection of tracks full of power, high-energy tempos, and strong melodies from the first track to the last. Unity includes eleven songs and forty minutes of something sure to please her fans. The music on this album fits in the hard rock and metal sound of the 80s and 90s with a fresh sound. The songs are on relationships and live your life by the choices you make.

The first single and video is “The World Has Gone Mad.” Check it out for yourself.

The title track “Unity” sets the tempo for the album. There is a hint of Middle Eastern influence in the arrangement that includes a chorus chant.

“World Has Gone Mad” speaks to the reality of electronic technology and the gadgets most of humanity are addicted too. The track challenges the listener with the choice of what we do with information, be it good or bad.

“Come Alive” has fast beats with a straight rock tempo, an upbeat chorus with an anthem sound.

“Never Let You Down” is about commitment and real love, where misplaced trust has broken someone.

There are two ballad songs on the album. In “Spirit Of Light,” Edoff shines on vocals, a clear display of her power. “Sound Of The Thunder” is a slower song about a breakup. 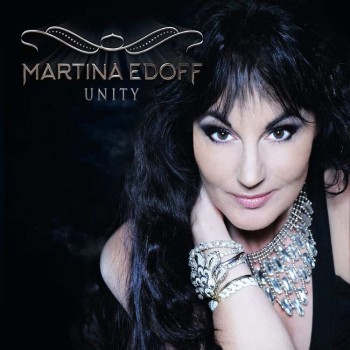 Overall this album is a high hard rock balance with an energy boost.