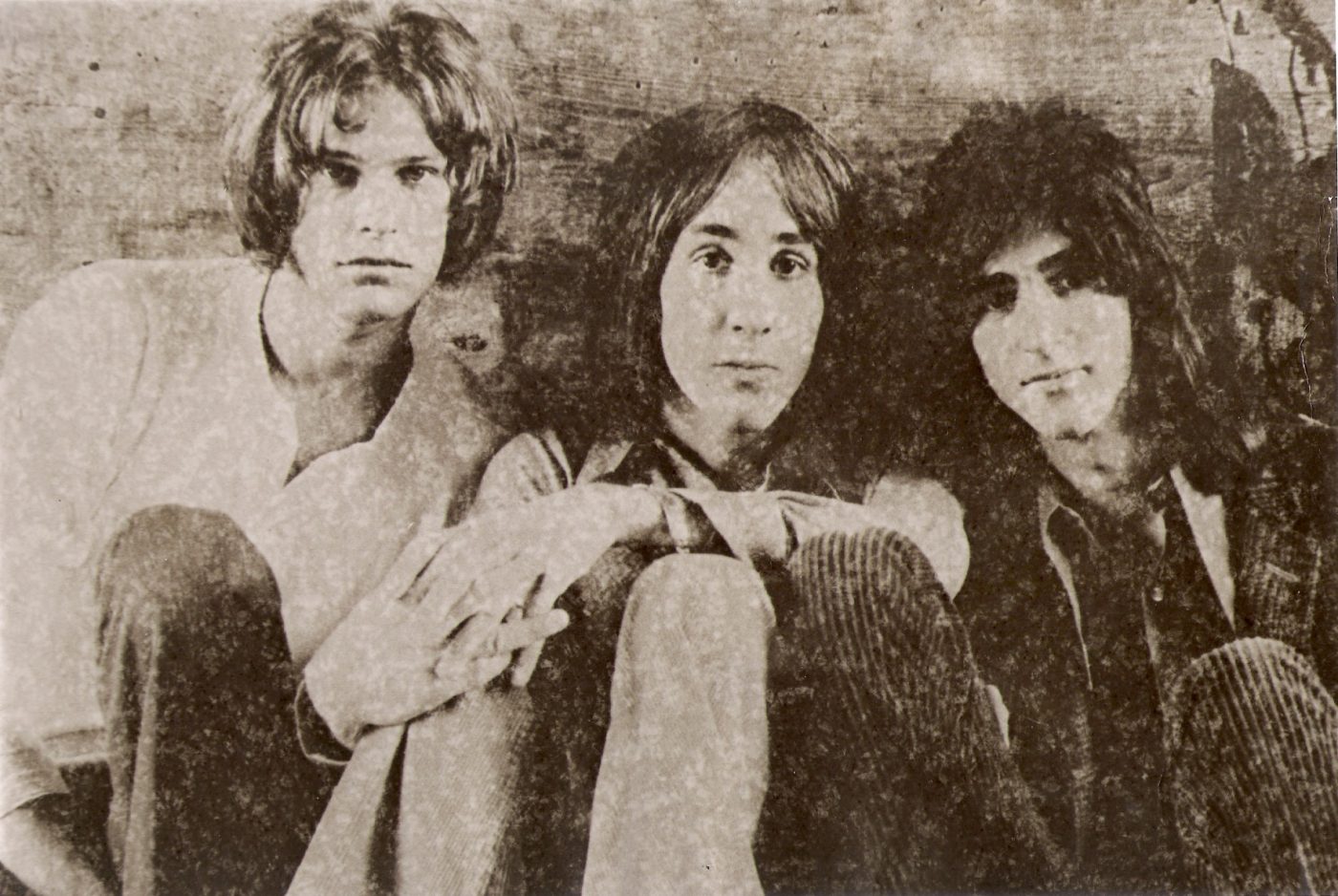 Doug Fieger is best known as lead singer of The Knack. With The Knack, Fieger penned such international smash hits as My Sharona and Good Girlâ€™s Donâ€™t. However, Fiegerâ€™s musical legacy started long before The Knack.

Douglas Lars Fieger was born at Harper Hospital in Detroit, Michigan on August 20, 1952. He grew up in nearby Oak Park, Michigan and was the middle of three children (older brother Geoffrey and younger sister Beth). His father, Bernard, was a noted labor/civil rights lawyer while his mother, June, was a teacher and union organizer for the Michigan Federation of Teachers.

Fieger was well-rounded artistically at an early age. He took piano lessons at the age of five and took trumpet lessons at 11. He was also the lead in Peter Pan at the Detroit Institute of Arts. In 1964, Fieger was prompted to pick up the guitar after having seen the Beatles play live on the Ed Sullivan show. At the age of 12, Fiegerâ€™s parents bought him his first guitar, a 1963 Gretsch Country Gentleman, and he went on to form his first band, the Royal Jammers.

Not long after that, Fieger met a guy living across the street, Bobby Boyle, who was in a band called Spirit. Boyle offered Fieger a gig in the band as long as Fieger would switch over to bass and let this other guy named John Coury play his Country Gentleman. Fieger went out and rented a St. George bass. Spirit played a lot of bass-heavy material like Animals and Yardbirds songs, as well as Beatles songs. 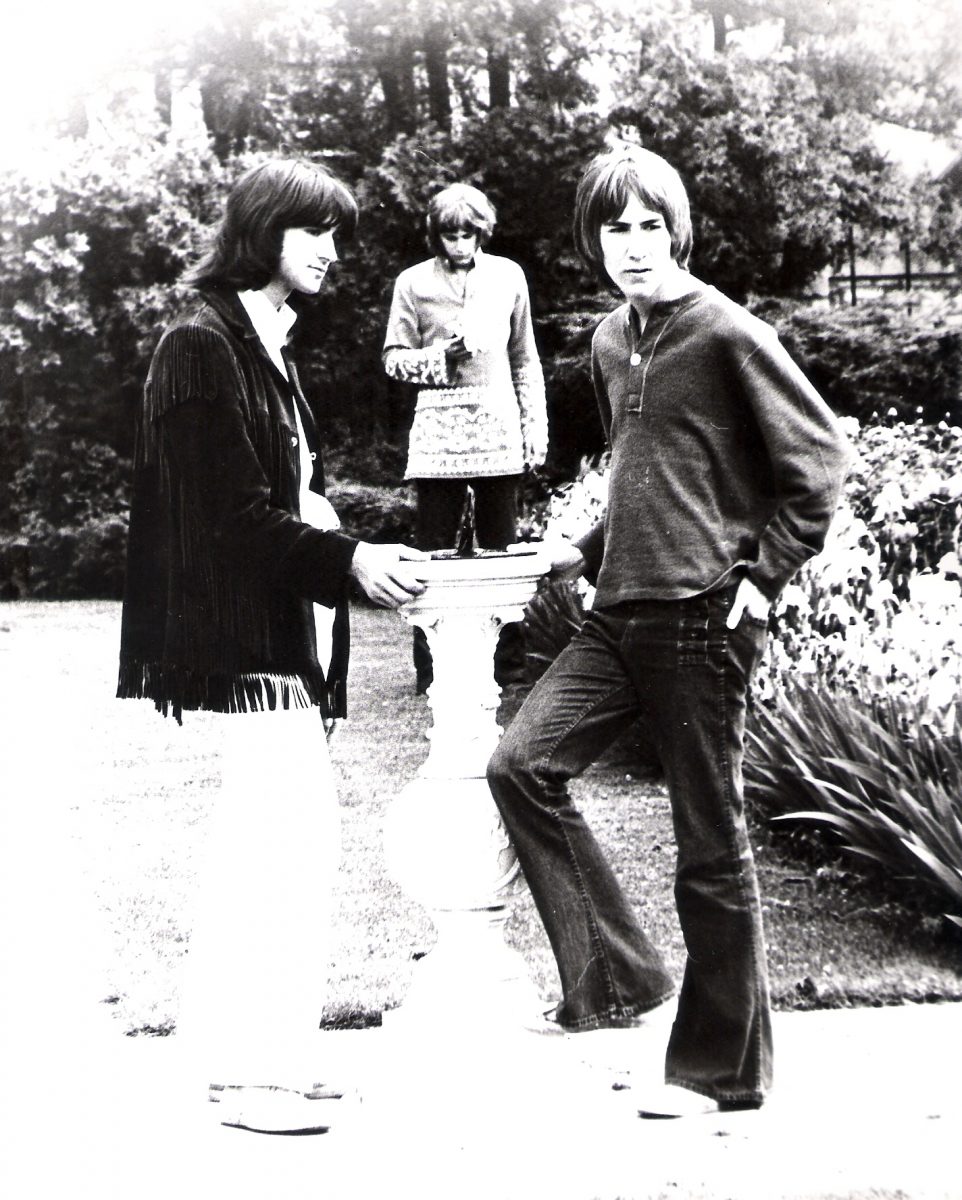 Before they morphed into Sky, Fieger and Coury, along with drummer Robert Greenfield, had a band that played all Beatles cover songs. Pretty soon, Fieger and Coury started writing their very own songs. They went from a cover band to an original band at a very young age.

Fieger started having some success with Sky while still in high school. Although underage, they were playing regular gigs at the Grande Ballroom with local heavyweights the MC5, Bob Seger, and the Stooges, as well as national acts The Who, Traffic, Joe Cocker, Jethro Tull, and The Jeff Beck Group. Russ Gibb, the owner of the Grande, signed on as their manager. Fieger met Dave Mason, of Traffic, during a party at Russ Gibb’s house. Mason passed along the address of their producer, Jimmy Miller. Miller was becoming famous as a producer for Traffic, Blind Faith, Spencer Davis Group, and the Rolling Stones.

Fieger wrote a letter to Jimmy Miller telling him to stop by and check out his band if he were ever in Detroit. Miller called Fieger at his home, and said he would check out his band if they would set up a tour of the Motown Studios for him. Around February of 1970, the band took Miller to Motown Studios then brought him back to the Fieger house where they jammed for him in the basement. The next day, Miller signed the group to his production company and eventually inked a recording contract with RCA Records! 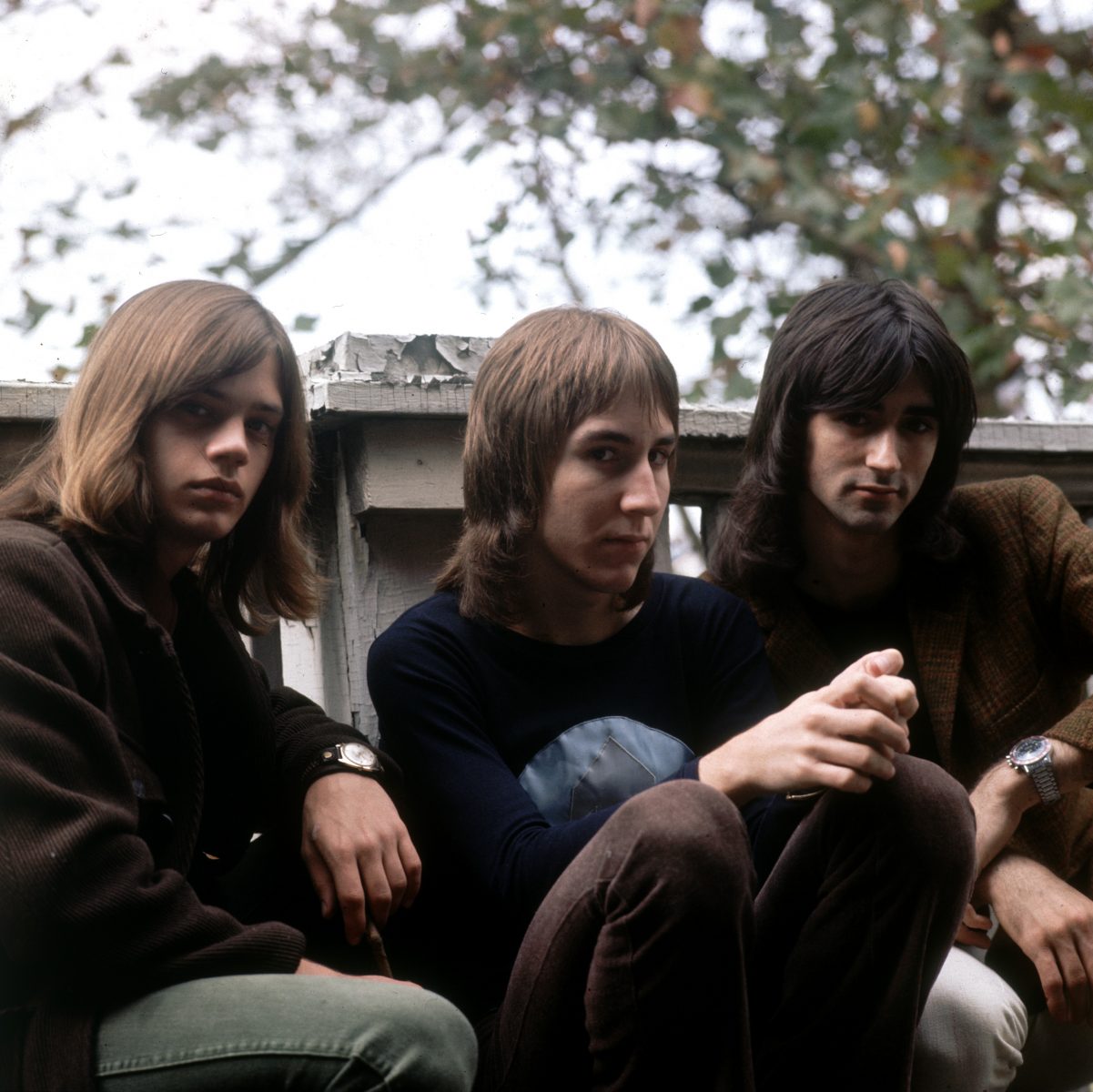 In July of 1970, five days after Fieger graduated high school, Miller flew the band to London where they recorded their first album, Donâ€™t Hold Back, at Olympic Studios. Miller was producing the Rolling Stones’ Sticky Fingers album in the studio directly next door. Because of this, Gary Wright and Andy Johns produced/engineered the album along with Miller as an executive producer. The lineup of musicians that came in to work on Donâ€™t Hold Back included Bobby Keys on sax, Jim Price on trumpet, Nicky Hopkins on keyboards, as well as Gary Wright (who was also producing), Chris Wood (Traffic) on woodwinds, and Ian Stewart on piano.

After recording completed on Donâ€™t Hold Back, Sky moved to Los Angeles at the suggestion of Jimmy Miller. About six months later, Miller took the band back into the studio to record their second album, Sailorâ€™s Delight. Produced by Jimmy Miller and Andy Johns, they started recording the album in Los Angeles, then completed the album using the Rolling Stonesâ€™ mobile studio at Mick Jaggerâ€™s mansion, Stargroves. For Sailorâ€™s Delight, 16 year-old Rob Stawinski replaced Robert Greenfield on drums. Although Stawinski did not play on Don’t Hold Back, his name and picture are on the album cover. This was the line-up that was going to promote Don’t Hold Back and record Sailor’s Delight. The record label did not want any confusion over who was in the band.

Sailor’s Delight has all the elements that Miller put into his Stones hits and Traffic classic tracks. The guitars “chugg” along with a Keith Richards swagger while the vocals and folk guitar are supplemented by the flute and piano giving the singer a worthy platform. Sailorâ€™s Delight is a solid representation of Fiegerâ€™s song compositions and pre-Knack efforts. Sky was clearly ahead of their time. They made songs that had your 1970’s appropriate heavy guitars, with some great hooks, mixed with the same kind of power pop elements Fieger would carry forward into his days with The Knack. Imagine a well-balanced mix of the Stones, Beatles, Led Zeppelin, Big Star, the Raspberries, Elton John, and Traffic.

Both albums were warmly received but marketing was weak and sales were tepid. In 1973, the band broke up due to youth and management hassles. Fieger stayed in California while the other guys moved back to Michigan. The albums eventually went out-of-print. Fieger continued to play music until he solidified a solid line-up, in 1978, with The Knack. And, the rest is musical history! 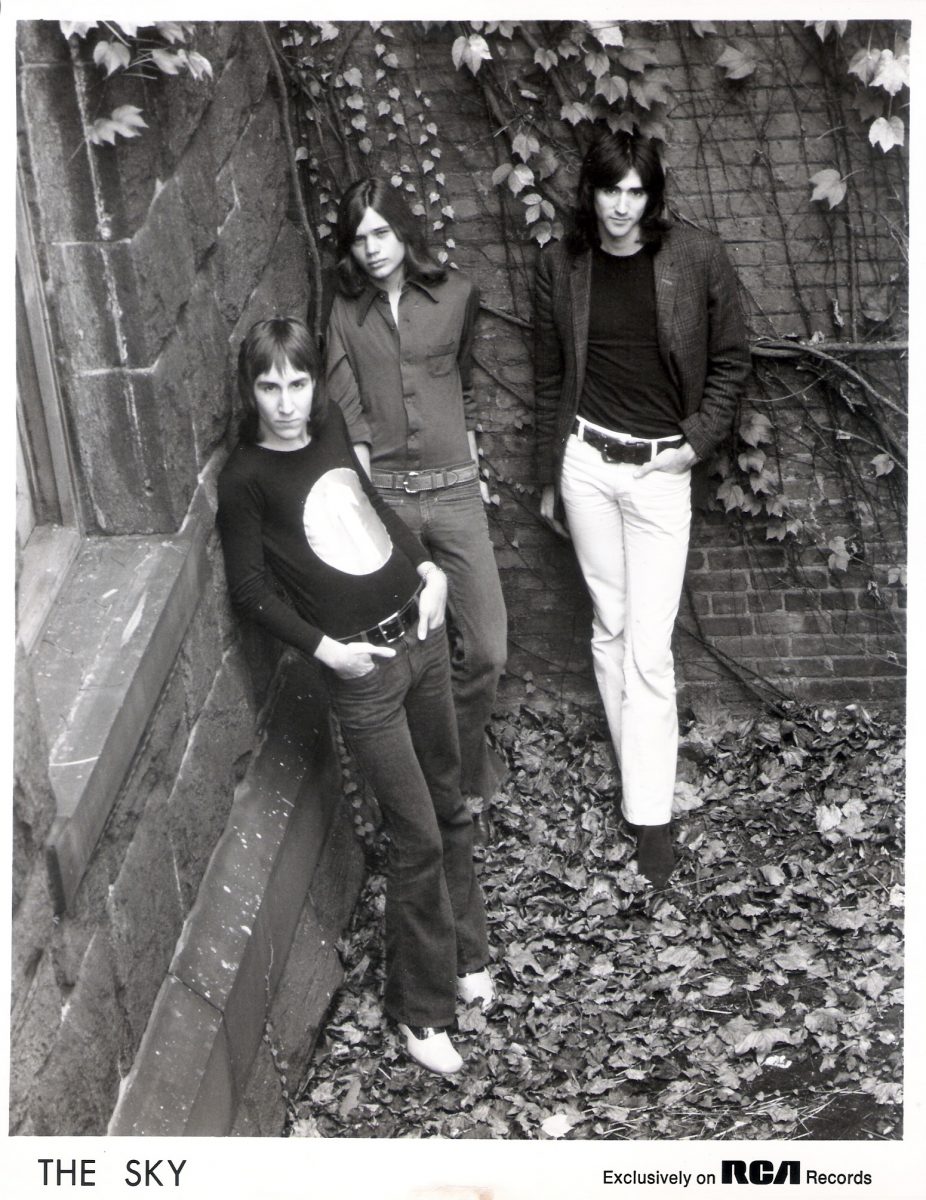 These songs were too good to have been forgotten, so long-time Knack producer Richard Bosworth was called in to digitally re-master the songs. The Estate of Doug Fieger has digitally released the Sky albums under Fiegerâ€™s own moniker, Zen Records. Discovered among the recordings were some titles and mixes that did not appear on the original albums. They have been included as bonus tracks on the re-releases as a treat for those fans from long ago who never expected to hear a â€œnewâ€ Sky song after all these years!

The Sky albums can be purchased digitally through all the major music services including iTunes, Amazon, Rhapsody, eMusic, Napster, Wal-Mart, Nokia and many more. For those looking to obtain a physical copy, the albums can be purchased through Amazon where it is manufactured on-demand using CD-R recordable material which comes in a jewel case with a CD booklet and tray card. Zen Records has reproduced, as best as possible, the original artwork and packaging of the original albums. 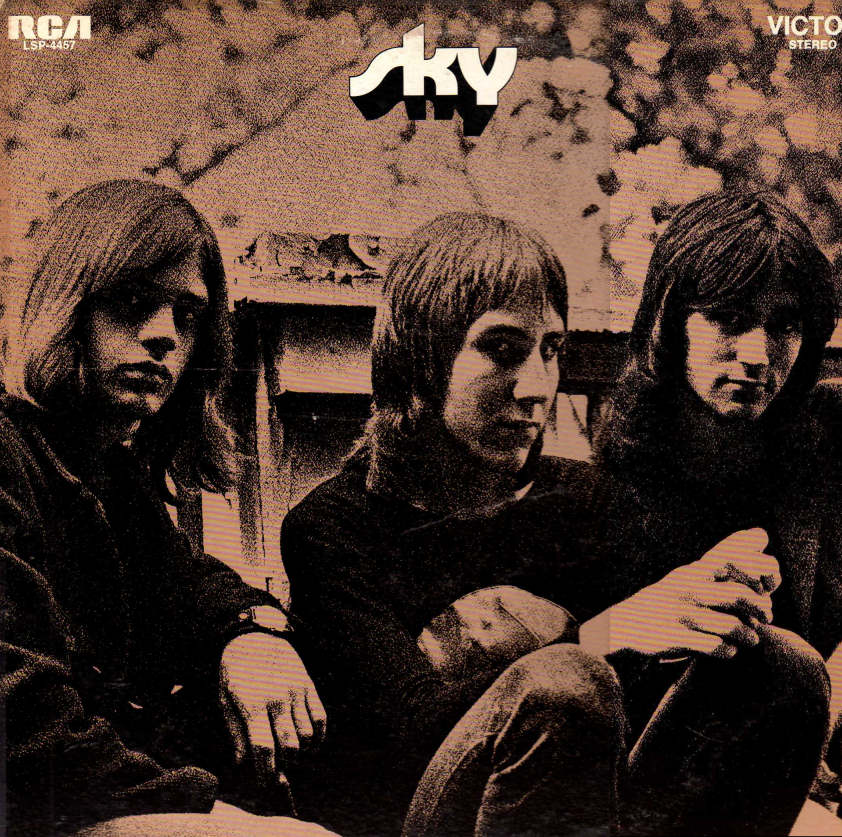 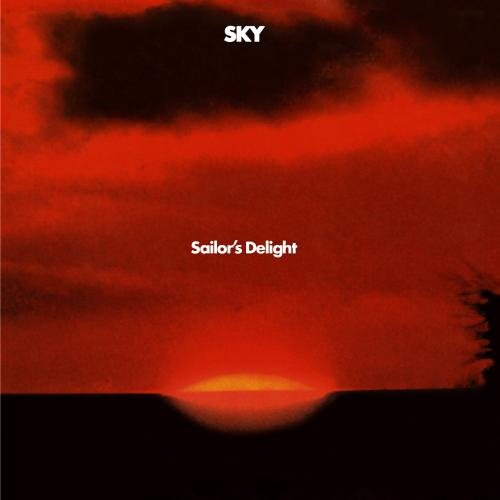