The masters of Doom Metal return with a new album on Peaceville Records and are presently touring in the United States and Europe.

Pentagram has existed with multiple band members since 1971 and is one of the greatest American Doom Metal Band from in the United States. There is no American band that can compete with Pentagram in their trendsetting genre. With its heritage coming from Black Sabbath, Pentagram builds on this legacy by creating a similar sound heard on Sabbath’s “Master of Reality.” With a blend of the blues, rock n’ roll, and tales of darkness, Pentagram leads the pack for America in this self-authored genre.

Pentagram enjoyed a short life due to the personal demons of lead singer Bobby Liebling. The band was on hiatus for almost ten years until 1980 when Liebling met guitarist, Victor Griffin. Their introduction began a close working relationship between the two artists.

The band enjoyed great success with Peaceville’s 1993 releases, Relentless and Day of Reckoning, but these albums were largely unrecognized by the masses until Pentagram was rediscovered in 1999 by Sean “Pellet” Pelletier, who released a lost volume of the bands work, First Daze Here.

Pentagram defines everything that is rock music. The story of Pentagram is excess, drug use, failure, success, and the most important, the strength of the human spirit. That is why the current release Curious Volume is so important. It demonstrates the staying power of music and the members of the band. 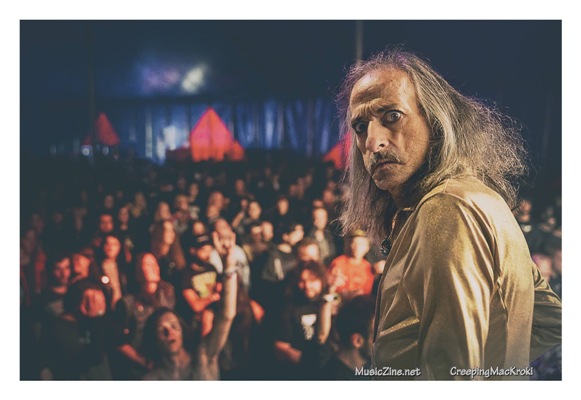 In the new album, frontman Bobby Liebling, guitarist Victor Griffin, bassist Greg Turley, and drummer Pete Campbell create a musical collection that uses all elements of what defines Pentagram. Pentagram’s last release was Last Rites in 2011, to celebrate their forty years of existence. After a four-year gap in releases, Curious Volume is well worth the wait. The album delivers the heaviest riffs, brilliant songwriting, and quality musicianship in all aspects of this record. It is a heavy, eleven-song volume that completely invokes classic Pentagram.

Filled with hard charging breakup songs, heavy doom laden riffs, and otherworldly biblical references, this album is a curious arrangement that hits the listener on each front. The album is well mixed by Mattias Nilsson and Travis Wyrick dials in Liebling’s vocals superbly on every track. The highlight of the record is Victor Griffin’s blazing solos and riffs that are well in line with what Pentagram is about. Hard charging rock n’ roll mixed with slow and heavy riffs support the core of each song. Griffin’s sound is vital to the success of this record and is a bedrock to the band. Bassist Greg Turley and drummer “Minnesota” Pete Campbell round out the album strengthening the vocals and lead guitar, bringing depth to the work.

There are many standout tracks on this record. “Lay Down and Die” starts with a tale of heartache, a classic Liebling cut. 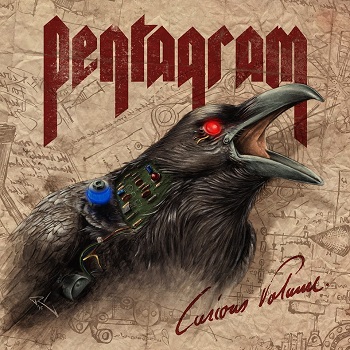 “Tempter Push” and “Dead Bury Dead” demonstrate the triumph that comes through suffering.

“Earth Flight” is an old track that Liebling wrote in the seventies, and the new version continues the legacy.

“Walk Alone” is a well laid out track that should have been the lead track. The middle of the song includes a fast-paced break, something Pentagram does quite effectively.

“Misunderstood” is a wild romp over a relationship gone bad as is “Suffering.”

“Close the Casket” is a biography of Liebling as he stands ready to continue his musical legacy forgetting the drug-filled past and closing the chapter on the old man he was.

“The Devil’s Playground” contains a heavy-laden riff from Griffin and Liebling fighting the kingdom of darkness with sheer determination.

The record closes with another mid-80s song, “Because I Made it,” which is the declaration that yes, finally Pentagram and Bobby Liebling have made it.

Make sure to catch this American icon of doom music on their current US/Europe tour and dive into their album Curious Volume. This album serves as a great record to familiarize you with the band and open the door to the rest of their work.