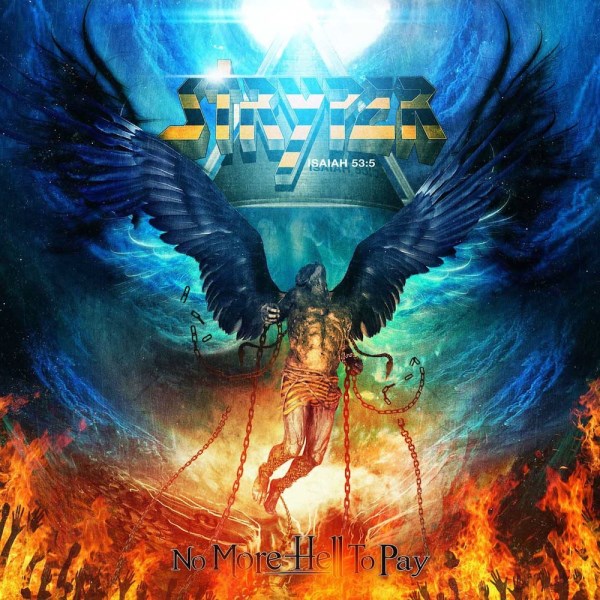 The resurgence of bands that came from the 80’s is something I am always anxious and curious to hear. Having grown up in the decade of decadence, when MTV played music 24/7, hearing what those bands of a bygone era are doing now has proved to be love/hate at best. Once again I was presented with a new CD from a band that flourished in the late 80’s, this being the new release from the Christian hard rock/metal band Stryper.

Before I delve into the CD, let me tell you a bit about how a fan discovered new music in the 80’s. It was all about MTV and your friends. There were so many different types of bands out, from the mid decade on the channel really focused on hard rock/ metal. There were videos, news and specials around the clock.

For the metalhead there was Headbangers Ball, though metal bands could always be found throughout the day as well. I myself discovered so many bands via MTV such as Megadeth, Testament, Nuclear Assault, Danzig and so on. I also saw a lot of what became known as hair bands. Motley Crue, Dokken, Ratt and yes, videos from Stryper. Some of these bands were great, some were shit.

One thing that did connect them, like em or not, they ALL could play there asses off, had real ATTITUDE and were hungry to be something. On the flip side, you found new music from tape trading. This is how Metallica built up a worldwide following. A friend or friend of a friend at a party would play something, if you asked they would enthusiastically make a copy for you and you did this for others. I had friends into thrash, punk, European bands, death metal and so on. I remember the first time I heard Cliff Burton’s bass solo in the back of some dudes car andÂ I was blown away. I still can hear him say, “dude, that’s a BASS!”. 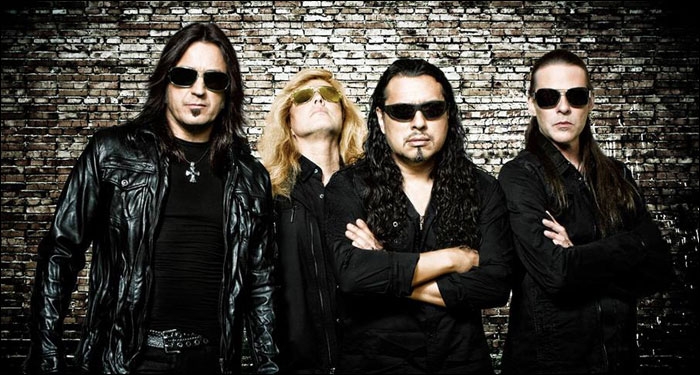 Here comes the band Stryper. I was never a big fan, mostly do the fact that theirs was happy music. I was drawn, like so many even to this day, to the anger, power and aggression of metal. Stryper was a Christian band and possessed none of these qualities. Most of the people I knew blew them off as lame, weak and so on. I remember seeing their videos and hearing them on the radio. They then had a very 80’s sound, the guitarist was very good, the singer had a great voice and the bass and drums pounded. Still, I was not amused, again, due the reasons previously stated.

IÂ have heard a lot of music put out by bands from the 80’s. Some reunited, others never gave up and some are not even the same band. there are several bands with multiple incarnations under the original name but they are not the same band. I was interested to hear where Stryper fell into this situation.

I am VERY impressed with this New CD from Stryper. An odd thing to say in that I never really liked them. As I put it on, the song To Hell With the Devil Kept going through my head. That was a really GOOD song, it must be since I never owned their music but I can still sing the chorus, with its really catchy harmony guitar line. Stryper has done something with this release that I myself have yet to hear from any of these old bands…it truly sounds like it came from the 80’s and in a good way! I like when a band finds its sound, its identity, and sticks with it. I like a band that has such a strong identity that If I hear a song, I instantly know who it is. To hear Stryper write an album at this time and yet recapture the sound that made them who they were, that is a major triumph.

I have read about several bands going “back to their roots”, using the amps and guitars they did from their heyday, revisiting the old songs in an attempt to rediscover what the did in the past. Stryper is one of MAYBE 2 bands that actually pulled it off, the other being Accept. The new CD is fresh, it sounds really good production-wise and the songs are good. Moreover, it has the same feel and vibe as I remember them from long ago

The CD opens with the track Revolution. It is an instant rekindling of a great time and place. The vocals are perfect, loud and powerful! I feel the entire album follows suit and its is very consistent. My favorite song is the title track. it has a cool hooky riff, a cool vocal melody and a very good feel overall.Â  One of this most noticeable things is that voice of Michael Sweet hasn’t seemed to change one bit. All these years later and he STILL sounds the same? Who can reallyÂ claim that? After that there are the guitar harmonies, tastefully done and singable in their own right. Oz Foxx is really great player. The drums complimentÂ the songs with a lot of power. Robert does really kick ass on the song Saved By Love. Bass-wise, this is so often whereÂ I have a gripe asÂ I can’t really hear it. That was a problem in the 80’s and still remains so today. I don’t at all mind a bass player keeping it simple or following the guitar, but lets at least hear ya!

Stryper is a VERY Christian band, so doing the song Jesus Is Just Alright makes sense but I myself feel it totally messes with the feel and flow of this otherwise great album. All the elements that made their prior releases from the 80’s great are present and with force. It really comes down to good song writing. I can’t say enough about how much of an 80’s album this is to me, very cool and that comes from a huge fan of bands such as Crowbar, Down, Entombed and the like.

I stated my feelings about Stryper as a Kid, I can now say it was being foolishly closed-minded. In 1986 I bought Ted Nugent’s Little Miss Dangerous because he was on Miami Vice. I loved that album and one day I went to a party, I put it on the stereo and got dirty looks and comments like “you can’t listen to that’. To so many people, if it wasn’t on MTV it wasn’t cool. It was then that I learned, like whatever you like and to hell what anyone says. Forget labels, if you like it, its good and today, Stryper is! Â Always thought the yellow and black was cool!