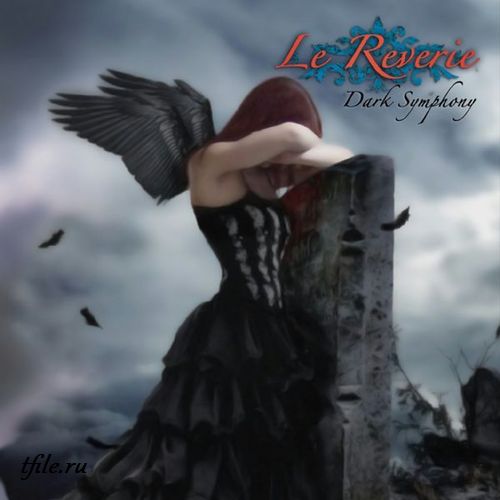 Dark Symphony by Le Reverie is what I would describe as something of an exception to American heavy metal. This is a wonderfully dark and somber album, full of dismal ambiance so many European bands have explored. This album sounds like it is coming out of northern Europe, instead of right here in America!

There are a greater and greater number of female-fronted metal bands these days. They are often hit and miss, usually lacking that one key element… the ability to write a good song. This certainly is NOT the case with Le Reverie. With this piece of work, the listener experiences a symphony of dark, classically influenced metal. The opening instrumental piece, entitled La Naissance, sets the stage.

The overall vibe is one of longing, sadness and pain, if not always in the lyrics, then certainly in the vocal delivery. Allie Jorgan is an incredible singer; she possesses a range and tone that is so fitting to the dark atmosphere created by the band. She carries the listener on an emotional journey, one a lot of people can easily find themselves drawn into.

The musicianship is high-caliber and delivered in a most tasteful way. The songs are full of lush overall ambiance. There are a lot of keyboards on this album, something that greatly adds to the overall feel. I would liken this band to the sound and feeling of bands such as Dream Theatre, Within Temptation, Lacuna Coil, and a bit of early Evanescense.

A major stand out point is the band does not overplay. The rhythms tend toward the more basic side which opens up the song, giving it a looser, and therefore, darker feel. Most of the bands that go down this path of darkness tend to lose that feel with the fast tempos, making much of it more like death metal.

If I had to make a negative point, it would only be that the bass and drum tones are somewhat flat sounding, they are lacking depth, which makes the album sound somewhat thin.

Overall, a great album by a great new band!